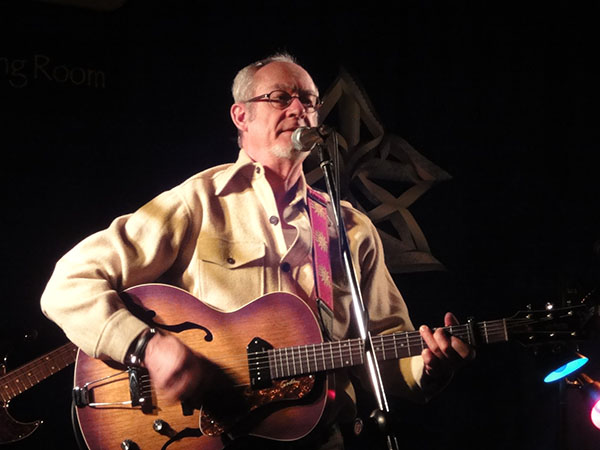 Artichoke Community Music has had no live performances in the Cafe since the pandemic began.

So I was doubly excited when Artichoke asked me to open for the first live Friday Night Coffeehouse on Friday July 9.

Since I and others in my circle have become fully vaccinated, the last few weeks have been thrilling for the ease and familiarity of visits with family, friends, and musicians I hang with. Spending time with my grand kids. Practicing with a musical partner indoors in inclement weather rather than outside or not at all.

And attending two song circles for the first time since, I don’t know, maybe the end of 2019.

So with this concert, plus an invite to perform at a house concert, and the comfort of human contact and visiting that has been held in abeyance for almost a year and a half, a song expressing my sentiments simply spilled out of me about a week and a half ago.

It is a little rough, but it will be fully formed by next week or so. I played it at a song circle last night. A lady visiting from Chapala Mexico was there. After the performances were over, she came over to talk with me. She expressed great enthusiasm about the words and sentiment of the song. She told me that I had directly captured exactly what she and others are feeling about the lifting of a cloud; the relief; and the joy in everyday interactions and affection for each other.

That made my day!

I will play that song at Artichoke.

I will provide only the broadest outline here. Artichoke has not created an Event yet, and I will wait until I have full information.

Doors will open at 7 pm. That means a full hour to socialize before the music begins. Four of us will perform sets of 30 minutes each with a break in the middle. I will open and begin at 8:00 pm sharp, and play til 8:30. After the fourth performer, there will be an after party beginning shortly after 9 and ending at 10 pm.

Seating will be limited due to current restrictions, and the event will be ticketed. I will not post this information until Artichoke has posted ticket sales on its site.

For people unable to attend but who wish they could have been there, I have good news. The event will be streamed live.

I will provide more information and links when they become available. I will be creating a Facebook event, and of course, Artichoke will as well.

This song is my rumination on the state of our nation. Have a listen and see what you think.My sincerest thanks to the following folks whose contributions made this song the best that it could be:Ellen Whyte vocals and restructuring lyricsJean-Pierre Garau, grand pianoJeramy Burchett, drumsDean Baskerville, mixing and masteringI sang, played guitars and bassClick on the link:https://ffm.to/tomarnoldamericandream ... See MoreSee Less
View on Facebook
· Share

When this happens, it's usually because the owner only shared it with a small group of people, changed who can see it or it's been deleted.
View on Facebook
· Share

I will open Artichoke Music’s December 17 Friday Night Coffeehouse and perform a half hour set of “Nuthin’ But The Blues” from 7-7:30 PM. I promise to wring out every ounce of heartache, snark, and bragging through a Fender Telecaster. Dale Christensen will seal the deal by putting the groove in the pocket with his well placed bass notes.Tom Arnold’s eclectic, highly stylized, and award winning songs have earned him 12,000 streams and downloads in 50 countries and throughout the U.S.Three acts follow.Porter McClister, Steve Cheseborough and Night Folk, are each great to hear.https://youtu.be/J8-szV_D3fg ... See MoreSee Less

She Needs a Bad Boy to Chase Away Her Blues

It is official. My Song Omen is released. The sparrows fly free!Many thanks to Ellen Whyte, Jeramy Burchett, and Dean Baskerville for their significant contributions to this song. Ellen for her multiple wise suggestions in improving the song I gave her as a demo. As well for the delightful vocal parts she created. Jeramy for providing the African influences in his drumming that I wanted to hear and that he so expertly provided. And to Dean for his, as always, masterful engineering and communication skills. And providing the right EQ to Jeramy's drums at points of emphasisLast but not least, a shout out to Tom Hamstra and Dulce DH for inviting me to see Johnny Clegg & Savuka with them. Without your friendship and invite, I never would have written this song in a million years.Tom Arnold, vocal, guitar, synthesizer, bassEllen Whyte vocalsJeramy Burchett, drumsDean Baskerville, sound engineerThe Feature.fm link below will give you the opportunity to listen to Omen using your preferred provider.https://ffm.to/tomarlnoldomen ... See MoreSee Less