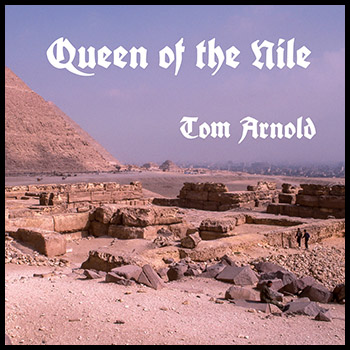 Queen of the Nile

The ways that you’d need me
Were simple and pure
Save me from spiders
Please, I’m your girl

You hid your raven beauty
Masked your lovely face
You now spoke to nothing
Not of love, not of faith

Queen of the Nile just popped into my head. I thought a love lost ballad just right for that image. It started out as a folk song. With the addition of Paul Brainard’s lovely pedal steel guitar, JP Garau’s stylish and spare piano, plus Jeramy Burchett’s powerful and assertive drums, it became a potent country ballad. Something I didn’t quite imagine until my friends became involved. I love what they did with the song.

Paul Brainard is a veteran of the Alt-Country and Americana scene, playing and recording with many top names, including The Decembrists, M Ward, and Little Sue.

Jeramy Burchett is a deeply experienced session drummer. He played in evangelist Luis Palau’s house band for 15 years. He has worked with LA producers PJ Bianco, Steve Sundholm and John Avila. His drumming with Jim Brickman and Luke McMaster reached number 3 on the Billboard AC chart.

Dean Baskerville has recorded many significant artists, including Cheryl Crow and Pink Martini.